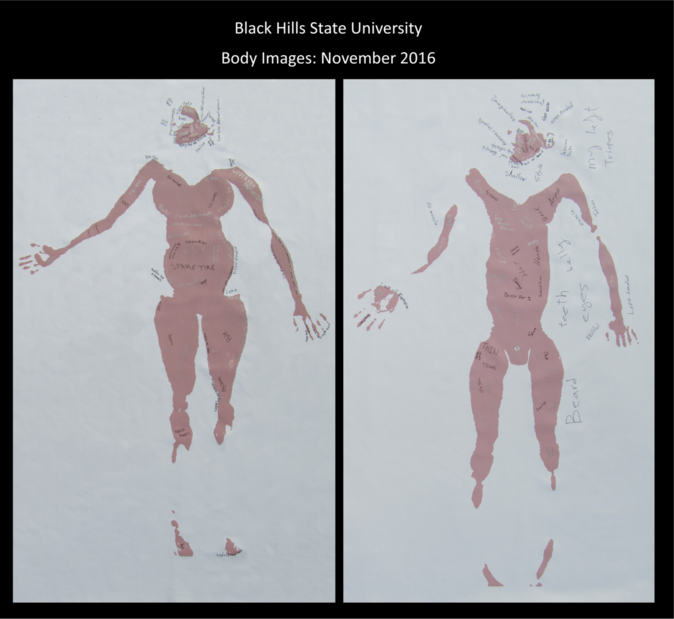 In Mexico, Christie also co-authored a sea turtle themed comic book (“El Nido Perdido”).  The comic book panels were illustrated by the children of the pueblo of Akumal at Hekab Be Biblioteca as a sea turtle outreach and education project.  While not a serious comic book enthusiast, Christie loves the imagery of comic books, and is currently researching formatting for “El Nido Perdido”, a comic booked which addresses human impacts on sea turtles, and how we can lessen our impact on this endangered species.

In Christie’s current project, she hopes to continue to use her art as a communication tool, but this time to address body image issues and body acceptance.  Because she works primarily with body prints, there is literally nowhere to hide as far as showing every detail, good or bad.  In her “Body Images” project, viewers are encouraged to add their body image onto her body image by writing perceived flaws and attributes onto the provided body image painting. Taking advantage of contrast, differing pen color schemes will highlight what it looks like if you focus on positive body talk over negative body image issues.  This is a long-term project that will be done with a variety of populations of people in a variety of locations over the next several years.

Christie has both an individual style of art and a scientific educational background that give her a unique opportunity to blend art and science.  She has a Bachelor’s in Science from the School of Ocean and Earth Science and Technology at the University of Hawaii at Manoa and a Master’s of Science in Atmospheric and Environmental Science from the South Dakota School of Mines and Technology.  During her undergraduate degree, she started experimenting with body prints, which she found to be a powerful tool to help her and her friends embrace their new figures as they grew into their adult bodies.  She also showed Body Prints at Laramie Women’s Club in 2009 to encourage women to be proud of their bodies.

After completing her Master's degree, Christie spent a year working with sea turtles on the Caribbean coast of Mexico.    Her Caribbean collections are a blend of a science and fantasy as she transitions between sea and land based life, with an exploration into mermaids and mixed cultures.  She is using these images to help people connect with the oceans and water the way that she has.

The outreach work that Christie did in Mexico made her realize that complex and intimidating ideas can be easily spread through art.  In 2015, Christie participated in ArtPrize Seven with a piece called “Human Adaptations to Sea Level Rise” (https://www.artprize.org/61815). As a scientist who specialized in environmental science, Christie was able to speak to an estimated 10,000 people throughout the approximately month-long contest about the science and facts behind climate change and sea level rise.  From this experience, it was clear that people can learn more through art than through science because science is not as approachable as art. 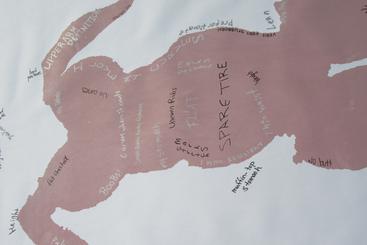 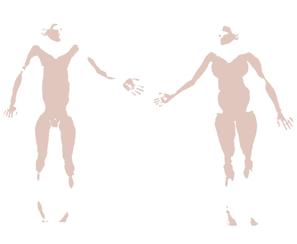 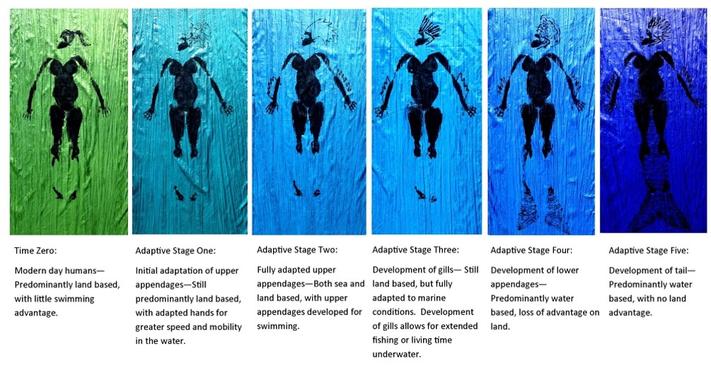